Nintendo Switch will fail to conquer the mass market

Nintendo Switch will fail to conquer the mass market

Don’t get me wrong in this post, I love Nintendo and have done since owning the first gen GameBoy, so I am a long time fan. But I can’t help but feel Nintendo have become increasingly out of touch with where tech is going.

Nintendo have brought us some incredible innovations over the years. I thought they would have taken the failure of the Wii U on the chin and moved on to create the next big thing. For me, I really thought they would tackle the affordable mass VR market in its infancy, while their low res flagship games really suit it. They showed signs of promise with the not groundbreaking but fun augmented reality experience of Pokemon Go.

Nintendo Switch builds on the idea of the Wii U, which sadly was a bad one. Sales figures really reflect that. You can also see it in the value of the games, with flagship titles still selling for more on the Wii, a now 10 year old console.

Things like the Game Boy and DS were small and portable so you could take the hit to carry it around, the Wii was unique and so well priced that it was a must have. The problem now is that we all have phones, tablets and laptops including the younger audience. We don’t need another massive screen to carry around, keep charged and buy overpriced accessories for. Not to mention set it up to connect to various WiFi networks, bluetooth devices etc.

The feature of taking the console game and then playing it on the go is only appealing if you don’t have to take an extra thing with you. There are plenty of games that save between console and mobile now, why not build on that instead of creating this. That means you just build a great console and let the software take care of the rest.

I would love Nintendo to drop this modular idea in the same way Google have with project Ara, mobile technology is disposable and people don’t want it in that fashion. It needs to be one complete unit and just work out the box with no hassle. A console should be powerful and a handheld should be portable and accessible. Nintendo have ticked none of those boxes. They might have nailed the handheld aspect of this in the days before phones and tablets became so powerful. It seems to have no place, the graphics look to rival a high end tablet so it even fails as a standalone console.

Judging by Nintendos past attempts at making handheld software, this will never in a million years replace a tablet for everyday use, especially with how ingrained iOS and Android are now in to everyday life. For me, if they want to make a handheld, make a self contained app to sell games through and make decent Bluetooth peripheral for iOS and Android. Even team up with tablet manufacturers and do some exclusives or Special Nintendo optimised versions. I know tablets are still not quite there yet in terms of power but I would much rather carry one super charged tablet than carry a tablet and then this as well. We don’t need specific handheld Nintendo hardware anymore, it just seems like a barrier to entry to play the games. If you want to play your tablet on a TV, there are ways you can connect it cheaply with casting or cable and get a Bluetooth controller to play it on.

The thing that really holds tablets and phones back from being great gaming devices are the titles going on to the app store and the lack of tactile control. But luckily now more game companies are coming round to the idea of mobile games and people are starting to make better Bluetooth controllers. The controller doesn’t have to attach to the tablet, its just a piece of plastic you throw in a bag and pull out when you want to use it.

I have seen people say this is a game changer, but the tablet changed the game. The tablet is slowly phasing out the desktop PC in terms of popularity. Some kids now are used to going to school with their tablet. They don’t want another massive device to lug around. I can’t help but feel that Nintendo has created their ‘N-Gage’ here. We are finally at a time where everything works on our phones and maybe we take a tablet or laptop if needed. I feel like when it comes to the crunch of carrying things, that this will just get left behind on the commute or holiday flight.

It seems that I am largely out on my own with these opinions,  but I remember the Wii U getting a warm reception and hardly anyone bought in to it. The handheld console is not far from the chopping block in gaming generations, first we phased out mp3 players when phones boasted more storage and streaming became more popular. It will only take some more decent games and some good peripherals to phase out handhelds.

The Nintendo Switch trailer did a great job of selling its portability, you just pick it up and leave the house. Then you can use the little clip on the back to stand it up etc. But we all know the reality is more like, find the case, find the charger and pack it all in to a bag that you can find thats not already full of stuff. In my eyes, that is far too cumbersome for how accessible we want our tech to be now.

Die hard fans of the Nintendo games will lap this up. It does have the support of tons of great development houses and that is great. The fact that it brings their handheld and home console into one unit does mean that all the focus of game development now goes in to one console which means consolidated efforts and a better gaming experience.

Nintendo are the kind of company that can afford to make huge mistakes and live on, but I for one am sad to see this offering. I really thought Nintendo had turned a corner when they brought Mario to iOS and Pokemon Go to iOS and Android, but sadly this again just shows they are still stuck in the past. I think unless this thing is around the £200 – £250 mark its really going to struggle in mass market sales. £250 can get you some great tech that is much more versatile and useful day to day.

I really hope nearer the release date Nintendo pulls one out the bag and has a killer feature hidden away. But this console as it stands is just a transformer for transformers sake. There are obviously still pricing and spec releases to come, so I remain optimistic that it could get better but I can’t get past the core concept at the moment.

You can see the ‘first look’ Nintendo Switch trailer here or read more about it on the Nintendo site here. 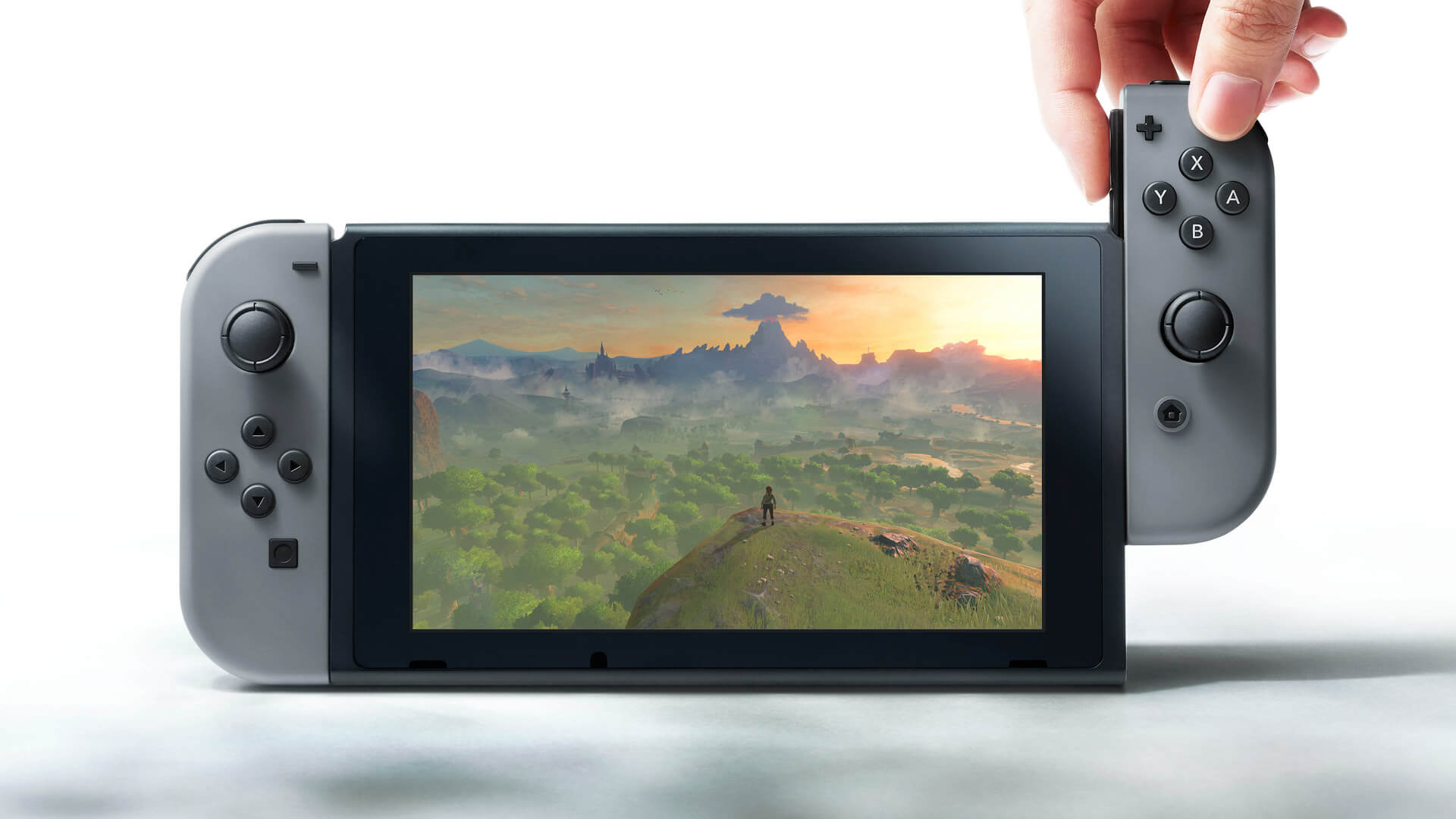