Ad blocking for phones and tablets

Ad blocking for phones and tablets

Ad blocking for phones and tablets is on the rise following the popularity of users for it on desktop browsers. Despite your ethical view on ad blockers, the fact is that they are here to stay and it is down to content publishers to react or get left behind.

PageFair’s stats show 4.5 million downloads of ad blocking apps in 2015 and a 90% growth in usage from January 2015 – 2016. They also state that 22% of global smartphone users have some form of ad blocking enabled. Back in September 2015 Apple allowed developers to create extensions for its Mobile Safari browser, this resulted in ad blockers getting introduced in to the App Store and they soared to the top of the charts almost instantly.

Why bother blocking ads?
Ad blockers are of course pretty straight forward in what they do, but there are some nice side effect of blocking ads. Blocking ads will speed up you Internet browsing and save your data usage at the same time. The adverse effects of ad blockers are that they are not fool proof and can quite often break the layout and content on websites. Some websites even detect ad blockers to keep you from accessing the content.

The truth is, once you have used ad block its very hard to go back to having them again, they seem to be more intrusive than they were in the first place. Its also nice to not have targeted ads popping up on pages all the time, especially if you share a computer and are looking things like presents for people without thinking. Companies do have to pay hosting, server fees etc to run the website so they need to make money to keep going. But generally these companies don’t regulate what ads they show and some higher paid ‘takeover’ ads can be extremely annoying.

Is blocking ads wrong?
The average website visitor doesn’t really care and isn’t aware about how the website make their money, they just don’t want it to be at the cost of their user experience. If you block content on your website because the user has an ad blocker enabled they are more likely to just go and find the article elsewhere than to bother disabling ad blockers or whitelisting the website they are looking at. We are used to content being free and easy to find online and trying to break that habit will be very hard. If you want to support a website you enjoy then whitelist the website and even pay for a subscription with them, they need that support to continue to create better content. Other click baiting and spam sites will of course suffer and diminish, that sounds like a better web for everyone.

What platforms can I block ads on?
Ad blocking can be used on almost every platform, but some platforms make it a lot easier than others. Desktop browsers like Chrome, Firefox, Safari, Opera and Internet Explorer / Spartan can all use AdBlock Plus which is free and allows you to whitelist websites you want to see ads on. Almost all mobile platforms now support ad blocking, Windows Phone even has a built in ad blocker. iPhone and iPad now have a multitude of ad blockers including the popular Crystal app.

Google’s Android is really the only platform holding things up and for a good reason, Google ads are a huge part of the web with many sites using the AdSense platform and that is a big part of the company’s revenue. You can install Ad Block Plus for Android but you have to side-load it rather than just getting it from the App Store and it is a little tricky to configure for the average phone user. So this led to companies creating their own ad blocking browsers which can be downloaded in the Google Play Store. This is fine but a bit of hassle to try and use a 3rd party browser for everything. It is also a bit of a stretch of the imagination to expect the average user to abandon the stock browser, install and use a whole new browser app.

The future of ad blocking
Android is the majority share of mobile users on both phone and tablet devices so has a massive impact in ad blocking figures. Google’s Mobile Chrome adopting extensions is the final piece in the puzzle, they cannot hold off for too long because ad blocking is starting to become so standard on iOS. Android App Developers released apps to block ads on the Samsung stock browser but Google tried to ban the apps claiming a breach of policy. It didn’t last long sparking some controversy and ending with Google letting the apps remain in the app store. Google’s Mobile Chrome not having ad blocking will begin to harm the browser in the long run, because it used to be known for its speed and that will soon not be the case. It also means that the browser will not be able to have extensions which will hold it back, the desktop extensions for its counterpart are excellent. At some point Google will have to open the flood gates, but it does mean Google inadvertently harm their own ad revenue.

It also means a change in the way we consume websites, I for one cannot wait for horrible websites with posts like ‘top ten galleries’ spread out on to ten pages full of ads to die. A lot of companies have adopted payment gateways to content like subscriptions which does get around ad blocking, but it somehow feels wrong paying for content and getting nothing tangible in return. Traditional ads will still survive even with ad blockers because a lot of them have whitelisting features. There are ‘acceptable ad’ programs that publishers can sign up to get text ads allowed through ad blockers. But these are low value ads in comparison to the ones being blocked so will still harm ad revenue. It will be interesting to see how websites evolve to get through the rise of ad blocking, many will have to shift their strategy to find value in its data in other ways. 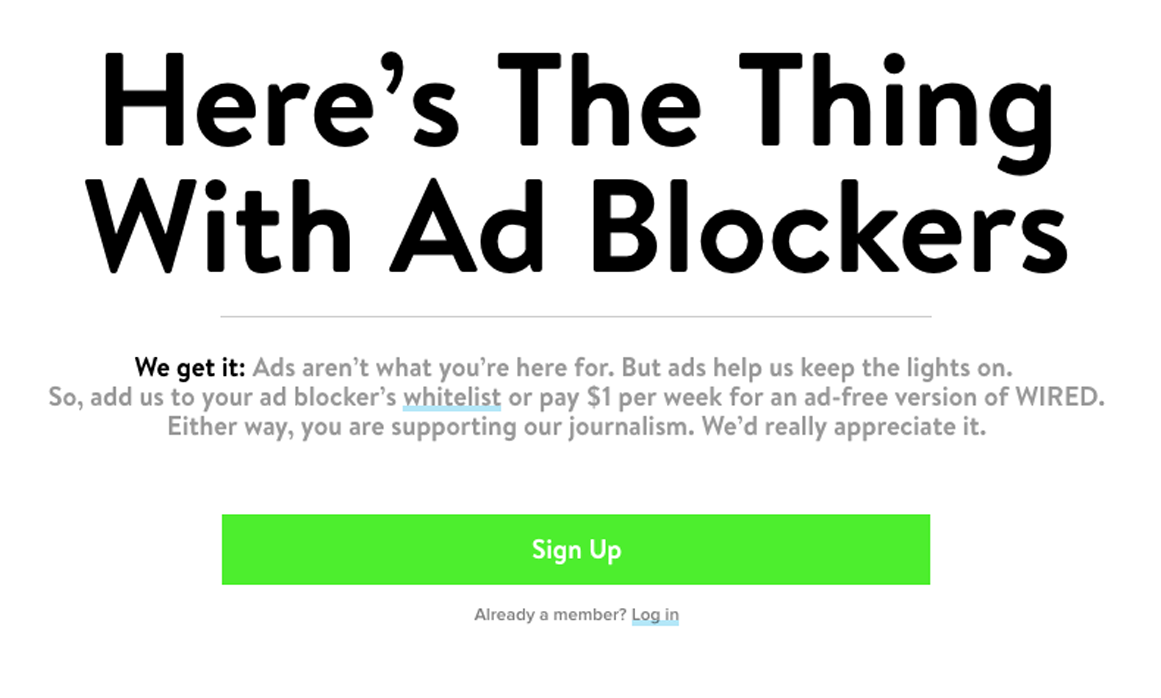 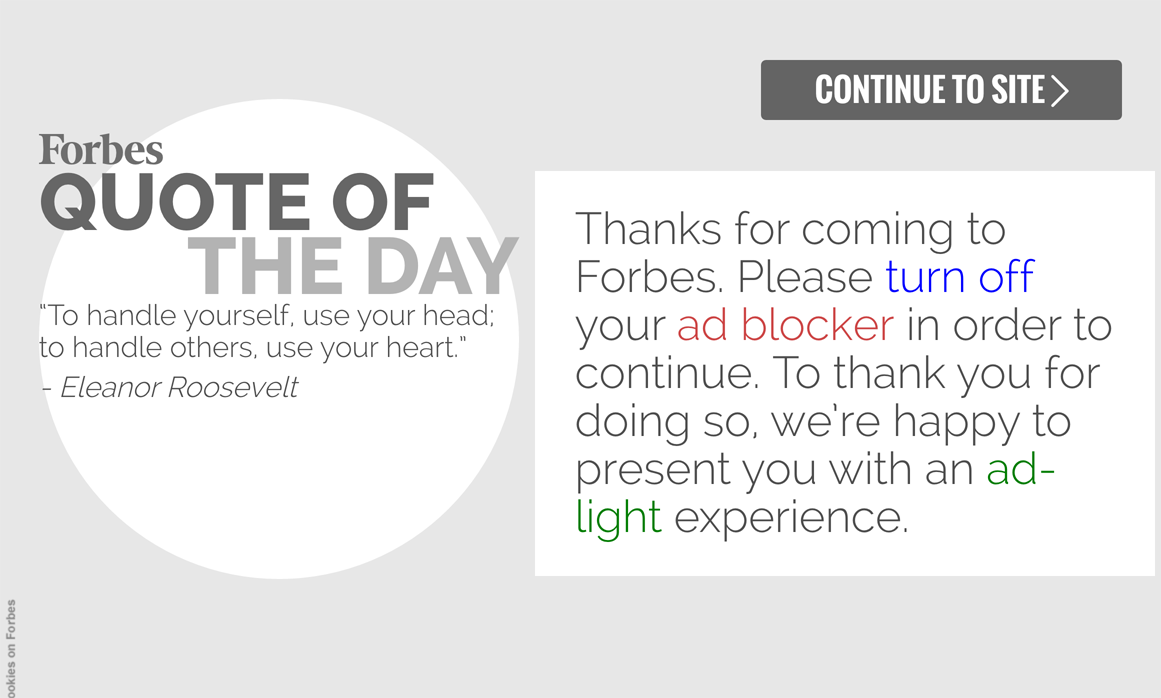