360 video is something that I find very exciting and personally think has huge potential, especially with the release of accessible VR headsets just around the corner.

360 video is becoming more and more common online and Youtube have recently adopted an uploader for 360 video shooting it straight in to the mainstream. Youtube currently (as of this post) support the following camera formats for 360 video.

You will notice that there are only a handful of cameras here and that is predominantly because there are very few dedicated 360 cameras on the market at the moment. 360 video is really in its infancy, so a lot of the products look very different because manufacturers are all trying to get what they believe to be the best form factor for the product. You can pick up one of these cameras from around £250, but some configurations can range all the way up to the thousands.

The main issue with 360 video is quality, because the pixels are spread over such a wide area it would take an incredible sensor to match the quality we are used to with standard video. A single sensor this good would cost a lot of money and not be a viable product, certainly not for the mainstream. The other drawback with a lot of early models is that they do not give full 360 video and have blindspots that appear black in the examples.

That is not say that the quality of existing cameras is bad, it is actually very impressive for the best part.  But for those who want more professional quality then there are options like using a 360 array. A 360 array is essentially a piece of moulded plastic that holds multiple cameras together to allow them to capture each angle individually and then a 360 video can be produced from the individual videos using specialist software. To do this you will need some serious kit though, a basic array generally holds 6 cameras. The video files captured will be very big and you will have to get them all gathered up. So say you want to shoot with a GoPro array, you will require over 2 thousands pounds worth of cameras and memory cards and then something to edit it all on. 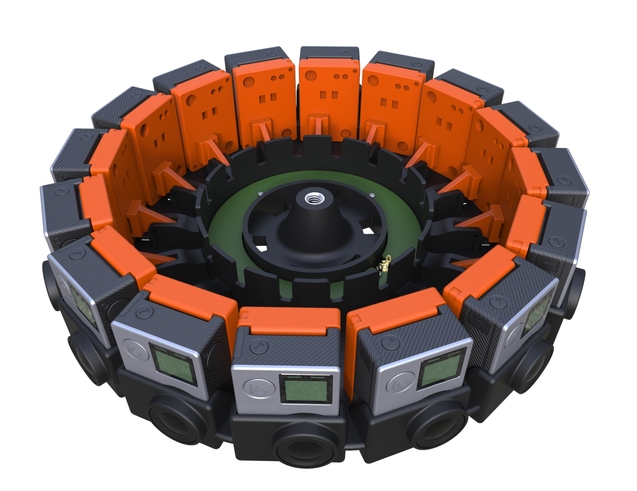 In terms of 360 video overtaking traditional video, that is just not going to happen as they serve two different purposes. 360 video needs some kind of interaction to work, so would not work as intended on a current television even with a built in camera. It does have great potential though for being teamed up with VR headsets and Gyroscopes on mobile devices opening up all kinds of possibilities.

360 video has already come along way from people trying to retrofit mirror lens to existing hardware to creating specific arrays and dedicated units. I would love to get a GoPro array together but I think I will be waiting for more complete and affordable solution before I start creating 360 videos. The quality, price and size of the dedicated cameras are all getting better by the day and I think it is worth waiting until things get a little more unified in terms of software. Having something smaller and lighter also opens the door to mounting it to a drone which would have great potential to shoot interesting 360 video content.

There are already some amazing examples of 360 video online, you can check out the 360 YouTube channel here